Last night, 11 September, was forecast to be the only fine night for the next few days, so I decided to give the trap an airing. Between my setting it up at dusk (19h45) and my check on activity at 21h00, a light drizzle had wet the white groundsheet and peppered the perspex. But that was probably the only rain of a night which was cool (though a degree or two warmer than preceeding nights), darkly overcast and dead calm. The temperature on checking the trap at 05h15 was 12.5°C.

The catch was up on the previous one. I finally caught my first Nutmeg, and the other new one for the trap was the common Antler Moth.


Canary-shouldered Thorns always brighten up a dull morning - and they're good with people too... 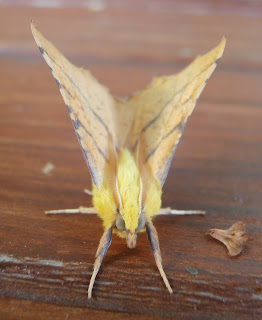 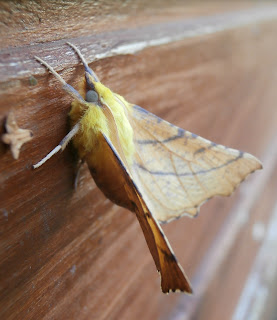 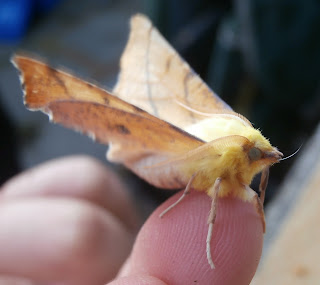