Europe's Dragonflies: A field guide to the damselflies and dragonflies

Europe's Dragonflies: A field guide to the damselflies and dragonflies 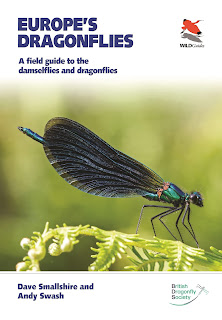 Dave Smallshire & Andy Swash
Princeton University Press WILDGuides | 2020
360 pp. | 15 x 21 cm
Paperback | £25 / $ 29.95 | ISBN: 9780691168951
Few groups illustrate as clearly as dragonflies the enormous advances in field guide technology over the past few decades. I became interested in the Odonata at a local nature reserve at age 11, and having read the school library’s copy of Collins New Naturalist Dragonflies from cover to cover I soon needed something to help me identify the species I encountered. At that time, the only identification guide available to me —and in a new edition on sale in the coveted natural history corner of Austicks Bookshop— was the slim, A4-sized volume by Harley Books. At £16.95 it was fabulously expensive, but my 1984 school Physics prize put it within reach and I spent the next few weeks bubbling with the anticipation of actually receiving it from the headmaster. As I carefully scrutinised its pages over and over again, it did not seem as if identification literature could ever get better than its sumptuous super-life-size full-colour plates, technical keys to both adults and larvae, and impressive 10 km square National Grid maps. The excitement was tempered slightly by the fact that I could now see starkly that I was apparently never going to be able to find many more species this far north in Yorkshire: most British dragonflies were limited to the balmy climes south of the Humber.
I still have enormous affection for that identification guide, and great respect for its author, who —like so many great naturalists— was not a professional, but a north London schoolmaster, and I still take it off the shelves to learn its insight into the species that I find. But times have changed for those wishing to identify dragonflies. On one hand the number of potential species has increased as dragonflies expand their ranges, moving northwards to colonise the British Isles, and on the other the identification literature has vastly improved to more than keep pace with new challenges. The illustrations of Richard Lewington have greatly facilitated the amateur identification of several once arcane insect groups and collaborations with Steve Brooks in 1997 and Klaas-Douwe Dijkstra in 2006 produced ground-breaking guides to British and European dragonflies respectively. Both are a pleasure to use. The former has run to three editions while a second edition of the latter is in press as I write. On a different tack, the WILDGuides team employed their trademark photographic approach to produce a complementary guide to Britain’s dragonflies in 2004; the 2014 third edition is excellent, a resource that I use alongside Brooks & Lewington. So it is perhaps no surprise that WILDGuides have taken the logical step to publishing a photographic guide to the wider region of Europe. There has been no better time to get out and explore the European dragonfly fauna.

The new guide has all the hallmarks we have come to expect from WILDGuides publications. It is portable, robust, oriented at field identification by amateurs as well as professionals, visually intuitive, and makes use of the highest quality photographic images skilfully manipulated by design wizard Rob Still. As with other titles in the series, it also includes introductions to the identification of particular subgroups and plenty of comparative plates and text to facilitate correct identification, thus guiding the user in the process of identification. This use of ‘visual keys’ is one of the strengths of the book, and the series as a whole.

This guide covers all 140 of Europe’s species. Apart from the keys and comparative plates, each species receives a full double-spread account comprising three to ten or more photographs and facing text set against the background image of a typical habitat. There are 1400 photographs in all. The text is concise and very easy to navigate. Abundance and seasonality data are placed adjacent to range maps to facilitate the rapid narrowing-down of options, while the main body of text focuses on identification, behaviour and breeding habitat. A short list of similar species (with respective page numbers) is shown at the bottom left of each species account.

Distribution maps are based on the 2015 Atlas of the European dragonflies and damselflies. Each is printed at a scale (43 x 34 mm) that allows just sufficient resolution to determine whether or not the species is likely to be encountered at a given location. Interestingly, since I received my school prize field guide a dozen new (mostly) continental species have been recorded in the UK, half of them (Chalcolestes viridis, Lestes barbarus, Coenagrion scitulum [recolonising], Erythromma viridulum, Anax parthenope, A. ephippiger) becoming established, having bred or at least recorded egg-laying. Others, like Aeshna mixta, was, as its name Migrant Hawker suggests, largely an immigrant only just beginning to breed in the UK, but is now a common resident throughout most of England. The still more southerly A. affinis, a rare vagrant when I was at school, has subsequently expanded its European range several hundred kilometres polewards and has now also bred in the UK, something that will make its English name of Southern Migrant Hawker redundant. In fact, many species have expanded their range north and westwards in response to a warming climate. And one thought to be extirpated in my school days, Lestes dryas, has been rediscovered, within a few kilometres of my current home.

As ever with WILDGuides publications, the book has been issued in association with a relevant conservation organisation, in this case the British Dragonfly Society, and there is a strong emphasis on conservation throughout, including details of IUCN Red List status for each species in a handy checklist located at the end of the book.

This book is almost self-recommending. Anyone with an interest in the dragonflies of the region will want a copy. Even for those who limit their travels to the UK —virtually all of us at present— this guide will provide vital context and also some handy identification tips. I am very glad to have this book on my shelves and wish a copy had been available to help me with the challenges of exploring the Iberian Odonata. At the same time, I look forward to the publication of the second edition of Dijkstra & Lewington’s wonderful guide. The two should complement each other perfectly.
___________________ 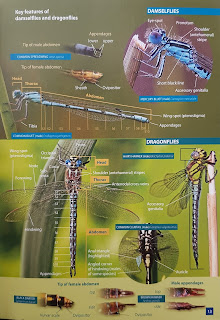 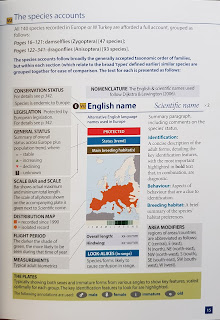 A wealth of information packed into concise, image-rich content in a careful layout designed to provide the most helpful cues along the quickest and easiest route to identification. 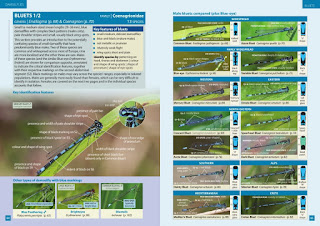 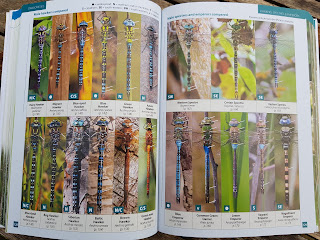 One of several critical comparison plates. 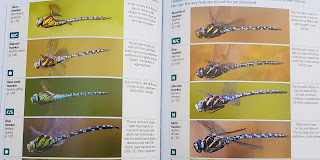 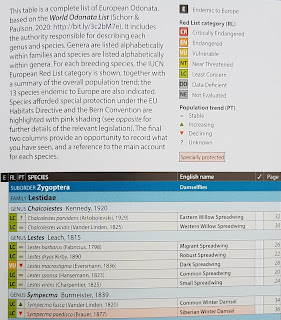