The most favourable day for insects so far this year: a mostly sunny morning, with temperatures pulling above 22°C by midday. Over the last weeks or so, Six-spot Burnet Zygaena filipendulae caterpillars have been leaving off feeding on the Bird's Foot Trefoil Lotus corniculatus to climb up the stems of taller grasses to pupate. Today there were several caterpillars, three pupae and the first adult of the year. 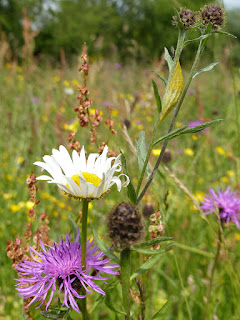 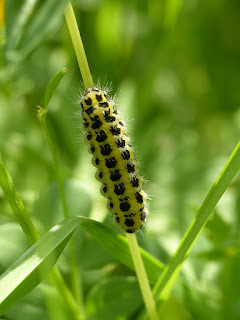 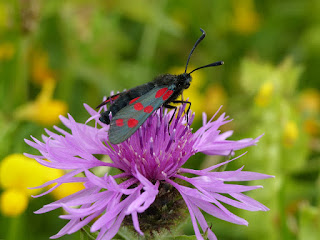 
After seven spikes in 2014, the Bee Orchids are absent this year. However, a Common Spotted Orchid Dactylorhiza fuchsii - a new species for the green - compensates.