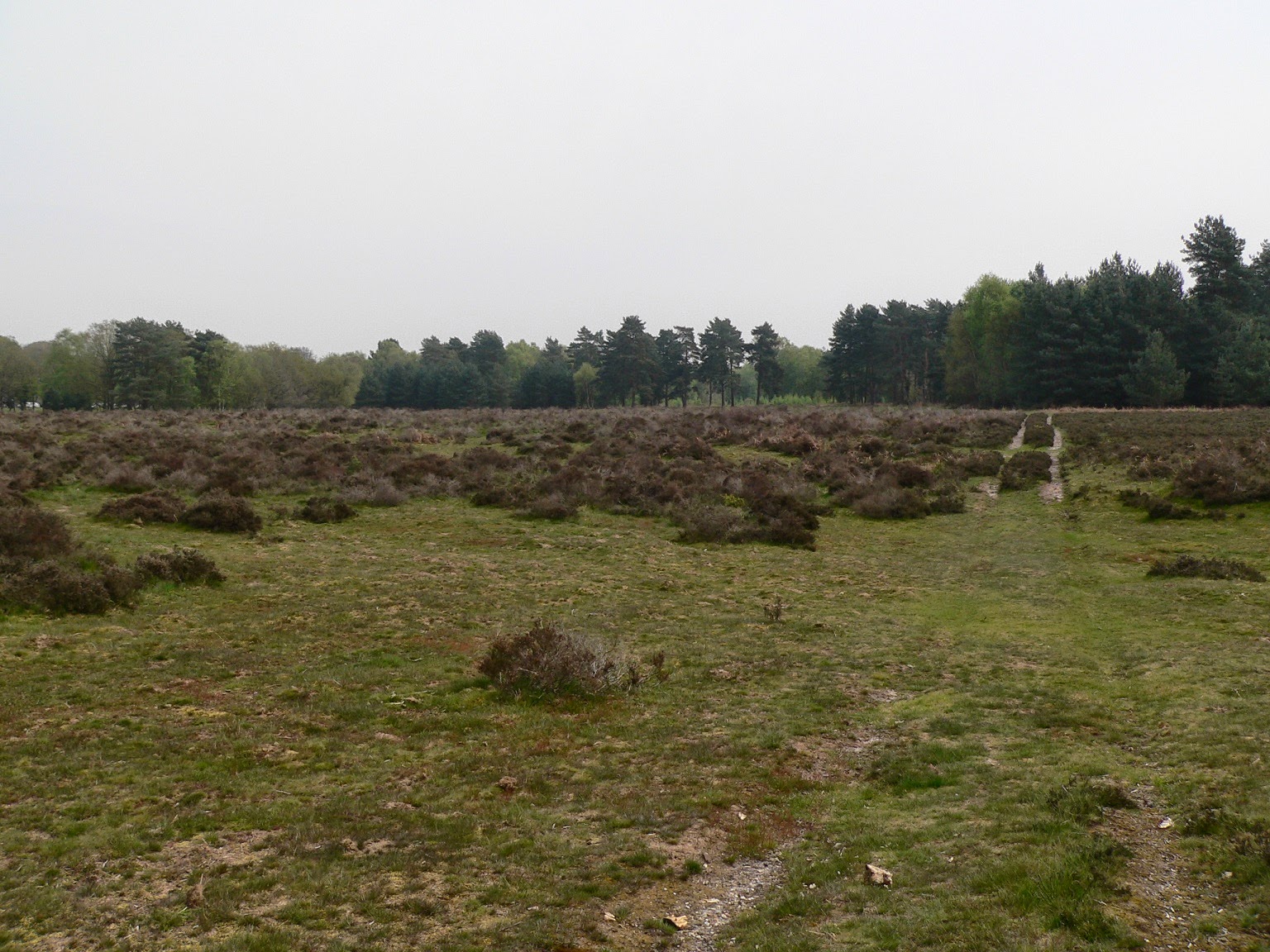 Quick picnic lunch at Knettishall Heath, just over the border in Suffolk. This is a 175 ha Suffolk Wildlife Trust Reserve (purchased in 2012) and 91.7 ha SSSI. Four long-distanced paths – Angles Way, Icknield Way, Iceni Way and Peddars Way – converge on the site. The Little Ouse runs W-E along the N edge of the heath.

The couple of hours we spent there were surprisingly productive.

The first things that caught our eyes were a dozen or so Green Tiger Beetles Cicindela campestris staking out territories in wheel ruts as we entered the heath.

Then, in the same place, the first Small Copper of the year...

Higher up and further away from the road, the heather is more luxuriant. As we walked through it, we came across two moths that can often be seen in the daytime: Ruby Tiger Phragmatobia fuliginosa  and Double-striped Pug Gymnoscelis rufifasciata. 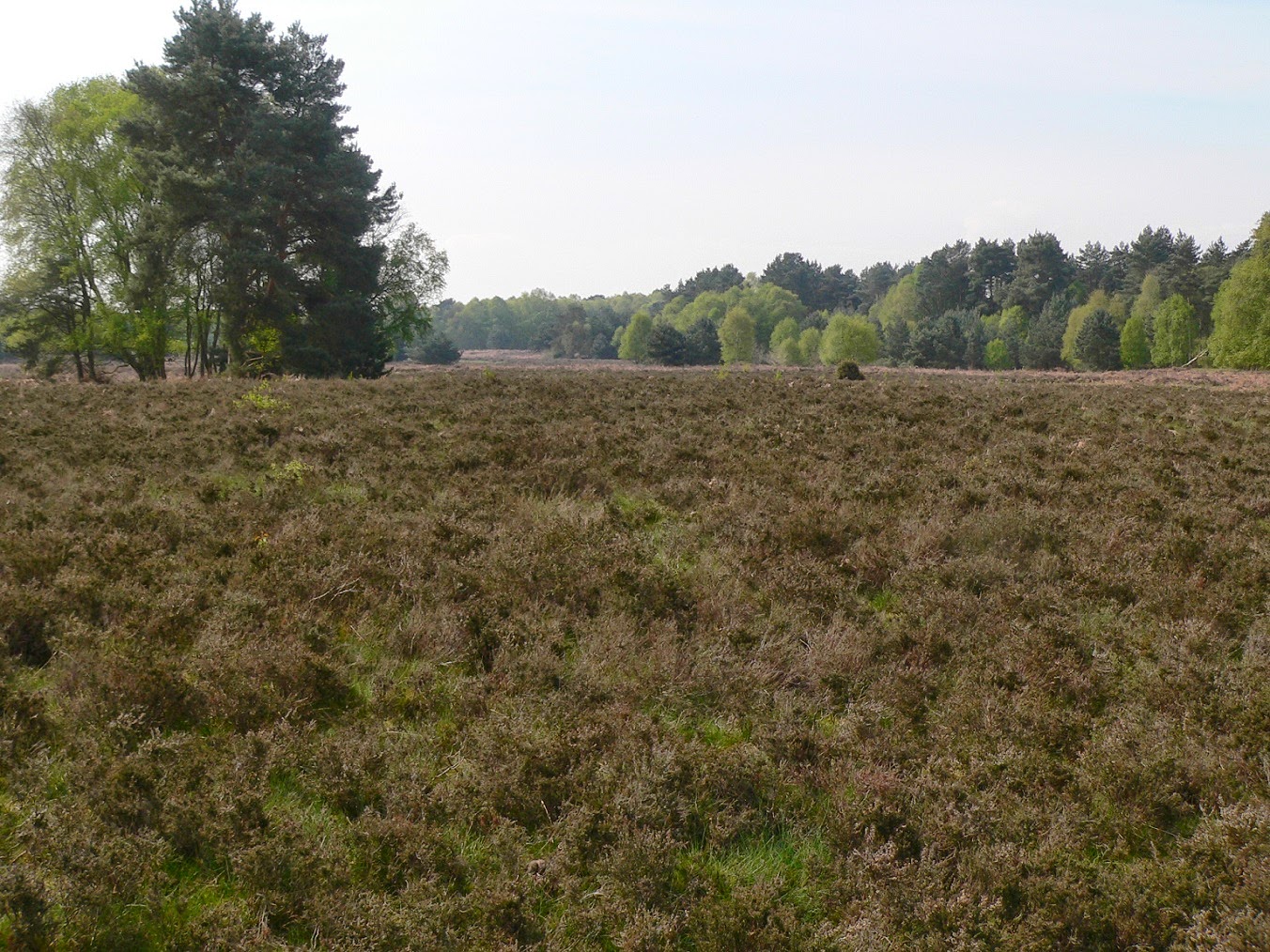 Blackcaps and Chiffchaffs sang from mixed woodland. Right at the edge of the wood, we came across an egg that I have not been able to identify. 30 mm long. Could it be Red-legged Partridge?

We had been carefully checking the sunlit border between heath and woodland, but it was not until we let down our guard that we came across what we had been hoping to find: an Adder darting quickly into cover.

Underneath the pines, Climbing Cordyalis...


During lunch along the Little Ouse, a Great Diving Beetle larva swam by...

An impressive beast with a formidable set of jaws...


After the Diving Beetle, a leech swam into view. About 3-4 cm long, it looked very much like the Medicinal Leeches I have encountered (!) in the Lake District.
Posted by Kaikuse at 20:00