IUCN formally adopts the use of Red Lists for Ecosystems 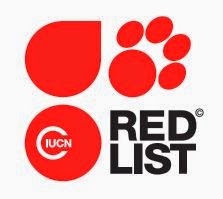 Red Data Books were conceived in 1963 by Peter Scott as "a register of threatened wildlife that includes definitions of degrees of threat" (Scott et al. 1987). The first Red List, an abbreviated form of the Red Data Book, was published exactly 50 years ago, and Red Lists of threatened species are now a well-established conservation tool. Today, IUCN formally adopted the categories and criteria for evaluating threatened ecosystems, creating the equivalent Red Lists for Ecosystems. This concept, conceived and pioneered in Venezuela, will now become an internationally-recognised way to assess the conservation status of the ever more threatened spaces that all Earth's species, including ourselves, inhabit.

The first ever assessment of a country's ecosystems was carried out in Venezuela in 2010 (Rodríguez et al. 2010) and a Red List of American ecosystems, from Alaska to Patagonia, will be published next year. The door is now open for a global list.